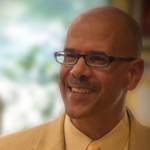 Rick Gaston served in the Marines in the mid-1970’s and is a veteran Ironworker from New York City. Having served at Harvest Christian Fellowship Manhattan and Horizon Christian Fellowship in Brooklyn, by the leading of the Holy Spirit, in 1995, he and his family left the “Big Apple” and moved to Central Virginia to start Calvary Chapel Mechanicsville. Meeting first in their home and later at various sites around the community, the church has grown and been blessed by the fruits of their labor. Pastor Rick attributes all his success to the Lord, Who has also graced him with his family and those he has the pleasure to serve alongside.

David Nigro was born and raised in New Jersey where he left for the Marine Corps directly after High School in 1980. During his time in the service he attended Calvary Chapel Costa Mesa and sat under the teaching of Pastor Chuck Smith. After working in several corporations, he entered the criminal justice field and moved with his family to Virginia in 1997. The Lord used a desire to once again be a part of a Calvary Chapel ministry to bring him together with Pastor Rick Gaston in 1999. Starting out in a home Bible study he has been greatly blessed to witness all the Lord has done in this ministry since those early days. 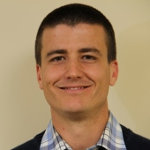 Shaun Mercer always had that sense that his life was not his own, so when he was told about Jesus Christ and learned about Him, he readily gave his life to Him. His wife Liezel and he, originally from Australia, now have four children and are part of a loving body here at Calvary Chapel Mechanicsville. 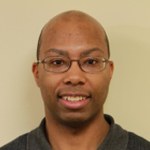 After coming to Christ, Aric knew that he needed to be fortified in the word of God. The Lord led him to Calvary Chapel where he not only began to be fed but also to serve, starting with the cleaning ministry. He continued to get involved which led to serving in various other areas including the usher’s and children’s ministries. After a few years, the Lord called him to serve in pastoral ministry. Aric now continues to serve alongside others who have the privilege of ministering the word to God’s people. 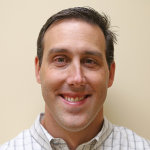 Mike has been attending Calvary Chapel Mechanicsville since moving from the northern Shenandoah Valley in 2012. He was led to enter the pastoral internship program the following year. Mike, his wife Brae and their four children are greatly blessed to have been led by the Lord to Calvary Chapel Mechanicsville, and to have opportunity to serve the Lord in the ministry here.

In addition to our weekly services, we are looking forward to these upcoming events.

Men studying the Word of God. For those 18 and older. No child care provided.

Men studying the Word of God.

There will be a study in the word, fellowship, and an activity. This is open to anyone age 12 -17.” Child care not provided.

There will be a study in the word, fellowship, and an activity.

Men’s fellowship. For guys 13 and older. No child care provided.

There will be a study in the word, fellowship, and an activity. This is open to anyone age 12 -17.” Child care not provided.

There will be a study in the word, fellowship, and an activity.

Family Fellowship on October 31st from 6 pm to 9 pm.  This is a time of fellowship where the door bell won’t ring! This is not an alternative to Halloween,

Family Fellowship on October 31st from 6 pm to 9 pm.  This is a time of fellowship where the door bell won’t ring! This is not an alternative to Halloween, but a place to gather until it is over.  Feel free to bring a snack to share.  This event is open to all ages.